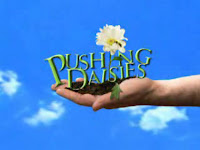 Season 2 Episode 12: Water and Power
Second last Pushing Daisies episode and I did quite enjoy this one. It is good to see Emerson get his own episode and it helped to tie up a few loose ends, it was also nice to see Gina Torres as his estranged wife, it was certainly well timed as I have just watched a C.S.I episode with Alan Tudyk in it.

Season 2 Episode 22: Chuck VS. The Ring
So it looks like Chuck will be returning for a third season.....and if it doesn't lots of people will be pissed given the nature of this episode. It was a bit too Matrix like for me though....

Season 1 Episode 8: Ghosts
An interesting case, nothing new though, in fact I believe it is almost an exact rip-off of a Law & Order episode from years past.

Season 2 Episode 21: The Vegas Renormalization
Sheldon locks himself out of the apartment while Leonard and Co take a trip to Vegas. The premise alone is funny, but the boys (and Penny) are still going strong. Glad to see that this was picked up for 2 more seasons! A rarity given the current television climate.

Season 1 Episode 4: Bang!
Not really sure why I keep watching this....the idea is cool, but it is more "Days of Our Lives" than horror....

I have mainly been watching TV stuff all week....hence the lack of movie reviews. Trying to speed my way through C.S.I season 7, also got new Pushing Daisies and Dollhouse episodes to get through. Expect some awesome obscure title reviews soon though as I have some excellent new sources available for world cinema and cult titles. but more on that later :)
Posted by Anamnesis at 12:22 PM