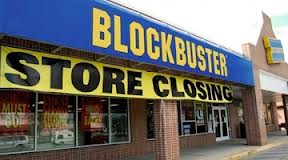 So four years ago I wrote this blog post.  For those of you who weren't aware, I work in the movie rental industry.  An industry that has supposedly been dying for the past 10 years.  I have decided on this four year anniversary to take a look at the state of affairs in the Australia rental industry.

As with any ice age though, the change is not immediate, and will see a number of years of transitional weather as the industry comes to terms with exactly what it is going to do.

In Australia DVD rental is still a popular form of entertainment, and for many, it is still the only way to get access to the latest movies to watch in the comfort of your own home.

Well, despite the many options for streaming or on-demand movie rentals available, the majority of new technologies rely on the internet. A technology in which Australia currently ranks number 40 in the world, even Israel, Bulgaria and South Korea have internet access almost 10 times faster than our average!

Ah, but the NBN I hear you say!  Despite having commenced or completed NBN access to almost 1 million premises as of this year, Australia was one of only 3 countries to register a decline in national broadband speed averages. (A decline of 13% no less!!) 38 percent of Australians have internet access at or above 4Mb/s, whilst a paltry 4.1 per cent have speeds 10.1Mb/s or higher.  Compare that to South Korea (Number 1 on the list) with 86% coverage at speeds over 14.1Mb/s

In movie terms, it would take the average Australian over an hour to download a standard definition movie from iTunes.  Not exactly “on demand”.

The other hindrance to the take up of online services is their very nature.  Most of the popular web based rental services are subscription, meaning you must sign up to each of them individually and in some cases pay a monthly subscription fee in order to rent titles.  There is not a single service that offers movies from all studios and distributors as each movie studio generally wants to control its own content and will not license it to other vendors.  As a result, most services offer a restricted selection of new release or back catalog titles and while this may change, presently the easiest way to get access to the largest selection is still on physical DVD.

Pay TV is in a similar situation, with monthly subscriptions as well as “on demand” rentals at a fixed cost.

As with my previous post. there is still the argument for quality.  With flat panels getting bigger every day and projectors becoming more common place in homes the compression used by most online services will become more and more obvious. In the U.S services like Netflix are offering HD streaming, but it is still a paltry 10-12Mbp/s vs Blu-ray's upwards of 32Mbp/s

So as it stands, 4 years after the so-called death of physical media, DVD is still by far the winner in the home media format front.  Blu-ray a close second and streaming media still bringing up the rear!

It will be interesting to see how things play out in another 4 years time!

Posted by Anamnesis at 8:00 PM No comments: