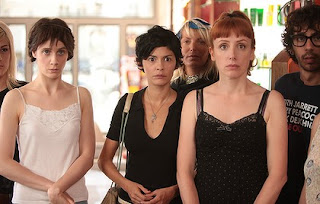 Emilie is the part owner of a bustling hair salon in a small port town in France, amongst her employees is the over qualified handy man Jean, who is secretly in love with her, but too afraid to admit that love directly. Instead he writes a passionate and heartfelt anonymous love letter that he sends to her in the mail.

Upon its receipt, Emilie promptly bins the letter and were it not for her sad and depressed Mother Maddy, the story may have ended there. However Maddy has been in a bad place since her sculptor husband left her for a younger woman, it has been 4 years and yet she still clings to the hope that her husband may return. Emilie knows different however and has been delaying the news that her Father’s new lady friend is indeed pregnant and he wishes to divorce Maddy in order to marry her.

So, in an attempt to perk her mother up, Emilie retrieves the letter from the bin, copies it and sends it to her Mother, what results is a sometimes humorous though more times painful cringe fest as a small white lie sets to destroy all those in its path. 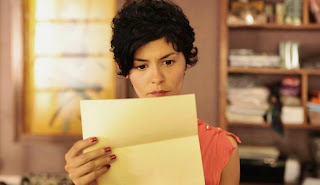 Those of you who have seen Salvadori’s Priceless will be somewhat familiar with the types of events that transpire in this film, but for a romantic French comedy I was expecting much more. This felt more like an American rom com missing only the toilet humor inherent in such movies.

None of the characters are likeable, either coming off as annoying, vapid or simply uninteresting with the situations they find themselves in equally as annoying or distracting.

With the limited selection of Foreign films we get on our shores, it is always a shame to be disappointed, but sadly that is how I felt after this film.

Posted by Anamnesis at 10:25 AM No comments:

Episode 98 - Tales From The Crypt Special 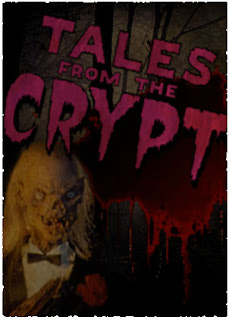 This week sees Matthew and I head on down to the Crypt Keeper's basement for a ghoulishly fun time as we discuss the 7 series of HBO's Tales From The Crypt. With some amazing talent both working on and off the screen the series offers some great tales to make you laugh, cry and downright scare you.

We had a few episode challenges:

So sit back kiddies and enjoy the show!


Don't forget you can find, listen or download all of our past episodes over at B Grade Movies Online! You can also hear us live on 99.3FM in Hobart or streaming live at Edge Radio at 10pm AEST every Sunday evening!

Posted by Anamnesis at 10:35 AM No comments:

So... fresh off the news that Evil Dead is getting a remake (why?), the first time director in charge, Fede Alvarez. has re-upped his short film Panic Attack to YouTube. Basically his story is one very similar to Neill Blomkamp and District 9. That is, make a cool little short, get picked up by Hollywood and make a movie, only in Alvarez's case he isn't making a full length feature of his short.

Panic Attack focuses on a robotic monster attack on a city and relies very heavily on special effects to do just that. Given how good the effects are, it is not surprising to see someone from Hollywood sit up and take notice. (in this case Sam Raimi) The short plays more like you have walked in at the end of a feature than as a stand alone piece, which isn't necessarily bad, it would just have been nice to have maybe a little more background, but on the whole it is a fairly well polished piece and certainly an entertaining 5 minutes!

You can watch it in full below:

Posted by Anamnesis at 3:09 PM No comments:

Email ThisBlogThis!Share to TwitterShare to FacebookShare to Pinterest
Labels: Eat My Shorts

Episode 97 - Does Not Compute! 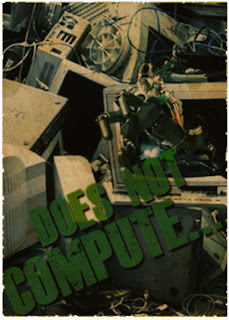 Join Matt and I this week for a show about robots, androids and other humanoid machines.... that's right from the T-800 to Sonny and all the machines in between we will try and avoid all the computer programming errors and just get to the facts.


You can find, listen or download all of our past episodes over at B Grade Movies Online! You can also hear us live on 99.3FM in Hobart or streaming live at Edge Radio at 10pm AEST every Sunday evening!

Posted by Anamnesis at 9:35 AM No comments: 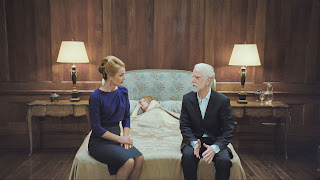 Lucy is a young University student struggling to stay afloat amid multiple jobs, unsympathetic house mates, a suicidal alcoholic best friend, some minor prostitution (both sexual and medical) and dealing with a past that seems even bleaker. She replies to an add in a student newspaper that will lead her into a world of high class Sleeping Beauties. A job that will require her complete submission in order to provide erotic fantasies to old men. She is paid very well for the work, but clearly she isn't in it for the money, in fact Lucy's motives are never really made clear, something I feel lets the film down considerably.

Emily Browning has clearly given her all for this film, both her body and her mind. Her performance is nothing short of astounding and is by far the best thing the film has to offer. Clearly writer director Julia Leigh knew exactly what she wanted out of her when making the film. 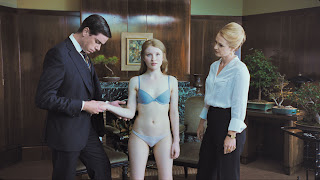 Every frame of Sleeping Beauty has an acute attention to detail, it looks like a million dollars although I was surprised to learn it cost 10 (million). Unfortunately the film is let down by a puzzling incoherence and a strange lack of narrative. I wanted to know more, yet I wanted to see less. It is also let down by pacing, seemingly going on forever with multiple long takes and an abundance of superfluous scenes.

In deciding whether or not to see Sleeping Beauty I would suggest that you should at least expect to be challenged, it was certainly controversial at Cannes for a reason and it does have some fairly confronting imagery and themes. I certainly would not recommend it as a date movie.

Posted by Anamnesis at 6:00 PM No comments: 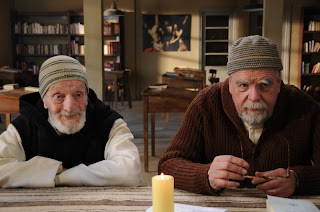 Set in a Trappist monastery in Algeria during the civil war of the mid 90's, Of Gods And Men plays almost like a documentary, and is in fact based on true events, however much of what transpires is no more than a fictional account of said events as thought up by writer and director Xavier Beauvois. 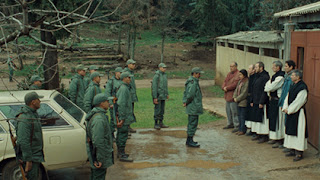 We are introduced to the Monks living and working in their monastery and witness their daily rituals and their effect on the town around them. The film tends to focus slightly more on Brother Christian (Lambert Wilson) the unofficial leader of the group and the dilemma he faces as the area around him becomes engulfed in acts of terrorism. Some of the monks wish to leave and escape to safety, whilst others would rather stay to help the poor and needy when they require this help more than ever. We are treated to long moments of thought and calculation as Christian tries to come to grips with what is going on both inside his head and of those around him, he offers prayer and teachings to his fellow brothers to help them come to terms with their choices and toward the end, their inevitable fates.


Posted by Anamnesis at 9:42 AM No comments: