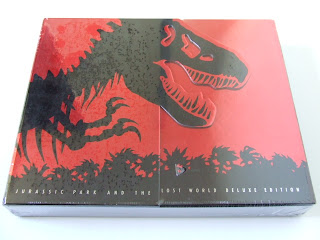 So I am a bit of a nut when it comes to movies, I collect most things associated with the ones I like, from the obvious DVD and soundtrack releases, to the less obvious marvels from the merchandising profit machine. With that in mind I have decided to start posting a few pictures from my collection of individual film merchandise, promotional items, oddities and collectibles starting with the 1993 Steven Spielberg blockbuster Jurassic Park.

Aside from the U.S limited edition DVD release of Jurassic Park and its sequel The Lost World (as seen above and below), I also own the individual DTS releases of both titles on DVD, the soundtrack CD's (which were also included in the set below), toys, posters, magazines, books and all kinds of other goodies.... 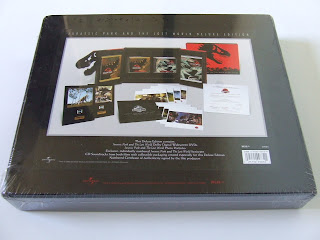 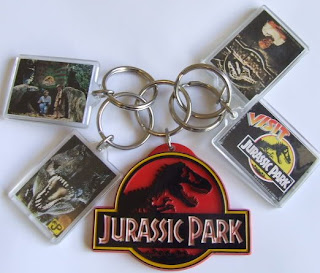 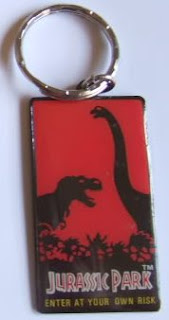 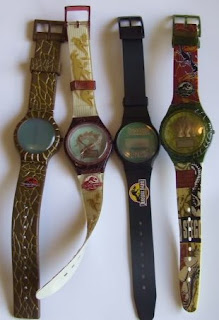 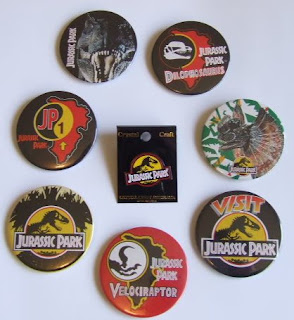 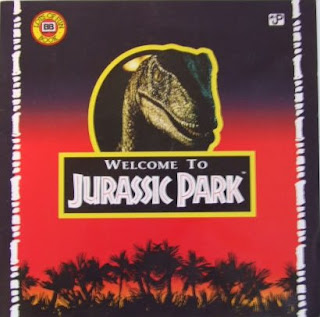 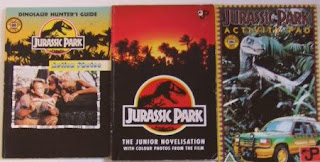 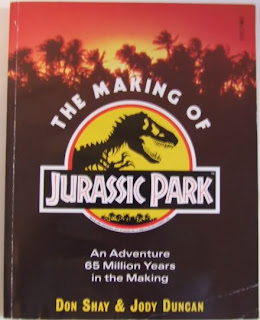 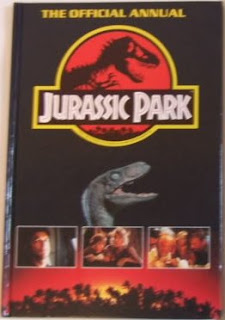 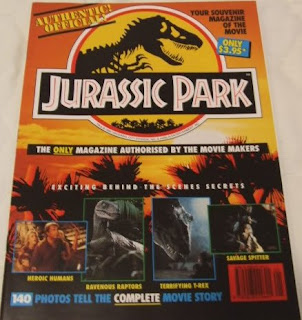 Jurassic Park would have been one of the biggest merchandising machines in the history of Hollywood (probably second only to Star Wars), they had everything you could think of branded with the JP logo, and whilst my collection is far greater than just the images above, I will only be giving you a taste of some of things that are around. I was a quite the Spielberg fan boy in my youth, so a vast majority of my collection extends his many great films, so next week I shall bring you some of the goodies I have from E.T so stay tuned for that!!
Posted by Anamnesis at 8:50 AM

Email ThisBlogThis!Share to TwitterShare to FacebookShare to Pinterest
Labels: Collectibles

Are you looking to expand your collection? I have a set of four posters still wrapped in plastic, a set of black plastic cups and water bottle (which I think were once crane game prizes at an arcade), some collectible plastic cards (almost like credit cards), a set of the original trading cards (all the regular cards, all the stickers, and one of the four holograms), a coloring /activity book, and a kite still in its plastic pkg. All from JP not any of the sequels. Considering listing the lot on eBay, but if I could find a collector directly that would be awesome. :-)

What a weird ID it gave me...I'm DooPlus2@aol.com if you want to contact me.

I thank you for your offer, but at this stage I am not looking to expand any of my collections. I hope you find a collector to buy them from you!