Winter thy heart is cold...

But what better way to celebrate the start of a season that invites you to stay indoors than with a fancy new toy....

Whilst I have had a widescreen TV for god knows how many years, I have held off buying a flat panel for a number of reasons...too many to go into here, but, having seen one of these babies in action at a friends house, I thought it was about time I stepped up to the full HD plate.

I have had the set for almost 3 weeks now, and I must admit I have been pretty impressed with it thus far.... I have run a range of source material through it, most of which it handles more than capably. As you can see in the pic, I decided to plug my Media Server directly into it, which has made the PS3 feel a little unloved I am sure....

One of the best things about getting a new toy like this, is the revitalization of my love affair with movies! I wanted to watch nearly every film I owned to see how it held up, and my purchasing and renting has increased 10 fold as evidenced by the list of things watched in the last week below!

Recent Additions to the Collection 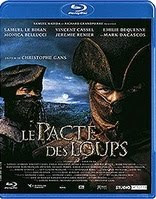 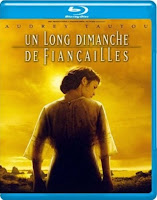 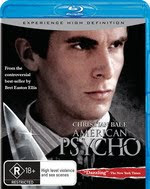 I watched A Very Long Engagement the other night, it has a great transfer and an awesome DTS-HD Soundtrack, I own the incredible French Limited Edition of the DVD and this will compliment that perfectly... Both Brotherhood of the Wolf and A Very Long Engagement came from Amazon.fr, but they both feature English subs! I haven't sat down to watch Brotherhood of the Wolf or American Psycho yet, but I am certainly looking forward to it!

What I have watched though... 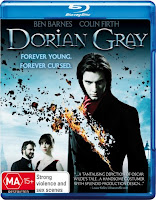 I wanted to see this in cinemas, but alas, it never came. The film looks like a million dollars and has a great soundtrack with some interesting effects, but the overall story seems a little weak. I haven't read the book (despite it staring at me from my bookshelf for the better part of a year), but I dare say, given that Oliver Parker has pretty much only ever directed adaptations of Oscar Wilde's work, it is about the best we could expect. It is nice to see Colin Firth in a role that is not his usual stereotypical Brit and pretty boy Ben Barnes does make a good Dorian. I felt the scenes with Rachel Hurd-Wood were a little rushed and that she was definitely under utilized in her role as Dorian's "first love". But once all of that is out of the way, I did enjoy the film enough to recommend giving it a go! 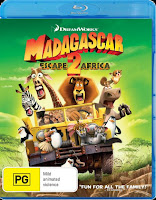 Well, what can I say.... Madagascar 2 was entertaining enough, but I suspect it is aimed more at kids than adults. It certainly looked pretty, but I find the animal designs a bit weird.... 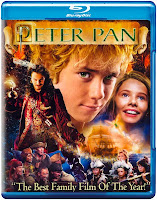 I must admit, I did enjoy this film when I saw it in cinemas. The set design, costumes and overall look of the film is fantastic. This is much closer to the story of Peter Pan than something like Spielberg's Hook, especially given how well this film is cast. This import regrettably is the cut version (a head-butting scene is missing), but otherwise I can't fault this disc and I am sure after watching it that you will believe in fairies! 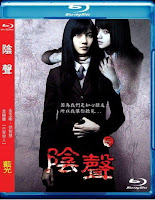 Voice is the fourth film in the Whispering Corridors series, all set in girl's high schools, it is also my favourite of the series thus far (a fifth installment is due for release in the coming weeks). The films are all stand-alone, meaning that you don't have to have seen the earlier ones to make sense of them. Whilst this Blu-ray certainly looks better than my Limited Edition Korean DVD version, it still suffers from a lot of film related problems, the soundtrack however, more than eclipses the DVD, and this film needs a good soundtrack given how much it relies on music and sound effects to convey the story. The disc is English friendly, but does feature a couple of spelling mistakes in the subtitles... always a risk with Asian discs though.
Posted by Anamnesis at 12:08 PM