Well I have been catching up on a few Horror and Thriller films of late... most were entertaining enough, but only one was really a stand out.... 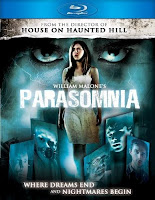 An interesting, solid and competently made thriller, Parasomnia more than makes up for Malone's previous main stream mishaps (House on Haunted Hill, Feardotcom). Great cast including Jeffrey Combs and cameos by John Landis and Sean Young. The story is fresh and original and the visuals, despite a relatively small budget are quite impressive. Parasomnia is one of the best original horror / thriller's I have seen in ages! The Blu-ray sports a great transfer too, which makes up for the film going direct to home-video....check it out if you can! 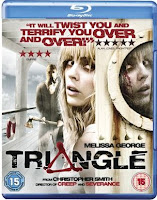 The Triangle (2009)
Directed by Christopher Smith

A technically limited thriller, with an intriguing premise (similar to another recent film from Britain; The Reeds) Melissa George gives an excellent performance proving she can hold the lead if the part is right, other performances are also solid. Where the film fails is in the story, as with any film involving some form of time discrepancy, it just doesn't make sense. Whilst the journey is certainly worth taking the film just can't deliver in the end. 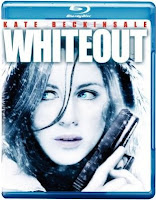 White Out (2009)
Directed by Dominic Sena

A completely average thriller that doesn't have a single standout moment... except perhaps its gratuitous shower scene....but even that is completely out of place and overly long.... 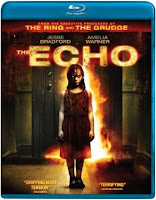 Another American remake of an Asian horror film, this time it is a film from the Phillippines called Sigaw, it bears many similarities to The Grudge films and like them is directed by the original director. The film fails on many levels including its ability to adhere even to its own rules..., but as is usual with horror films, the surround sound is used very aggressively and the transfer is decent enough, it is just a shame the story wasn't worked over a little.
Posted by Anamnesis at 8:42 AM