Well it has been awhile since I posted an update to the ol' Blu-ray collection, but over the weekend I got a chance to catch up on a few titles and here they are:

Pushing Daisies Season One (UK Edition)
From the mind of Bryan Fuller (Dead Like Me, Wonderfalls) comes a sweet little tale of death, love and pie. This kind of show is ideal for the Blu-ray format with its technicolour costumes and sets, having just re-watched the series I was once again reminded of how annoyed I get when TV companies don't give original shows enough time to flesh out their ideas. Whilst it did get a second season for the most part Pushing Daisies was never given enough time to flourish. 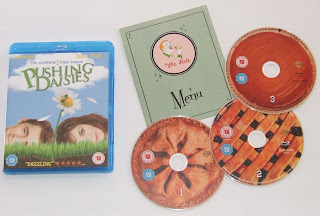 Sucker Punch Extended Cut (U.S Edition)
As I stated previously on this blog, Sucker Punch was an oddity for me when I saw it in Imax, clearly the film had been tampered with or at the very least something important was missing! As it turns out the extra 20 minutes of footage added to this release makes the film a far more enjoyable experience and one that makes a lot more sense than its theatrical counterpart. 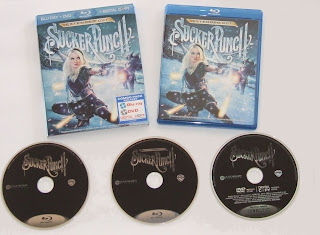 Event Horizon (German Steelbook Edition)
Event Horizon is one of those movies that always sounds better when you tell people about it. Whilst it isn't a bad film by any stretch of the imagination, it still has a number of weaknesses, but given the lack of decent sci-fi horror of late, it was certainly a nice addition to the collection. (And is certainly better than Pandorum which was technically a knock off) 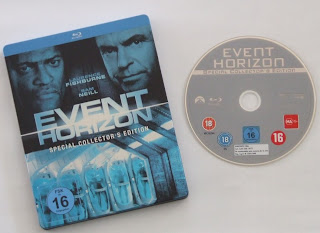 The Brit Indie Collection (UK Edition)
I mainly picked up this set for Trainspotting and Shallow Grave, probably just as well as I am a bit disappointed that Sexy Beast is presented in the wrong aspect ratio and 1080i and Gangster No. 1 (which I have not seen as yet) is 1080i also. Given I paid under $20 for this, it was still a bargain!! 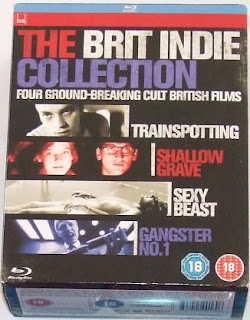 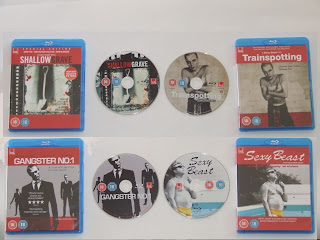 Posted by Anamnesis at 9:20 AM