I was just reading over on Variety.com that FOX has had a fall out in pay negotiations with the Futurama voice cast. It appears the 3 main voice actors will not be appearing in the new season of Futurama. As far as I am concerned, they might as well not make the show! Billy West IS Futurama, without him....it doesn't exist. 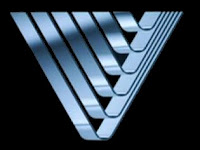 I also noted last week that Village Cinemas are extorting their patrons again with a 50 cent price hike on ticket costs. The price is now set at $15.50 per adult to see a film.

What a joke. I can go and rent a movie for 2 nights for $6, why the hell would I pay over twice that to see a movie in an uncontrolled environment, where for the most part these establishments have no respect for the quality of their screenings and are constantly understaffed!

You can read my other thoughts on cinemas, piracy and other general lack of service or technical knowledge by simply browsing the "Just Musings".... section of my blog.
Posted by Anamnesis at 1:41 PM