Just when you thought it was safe to watch a blu-ray... 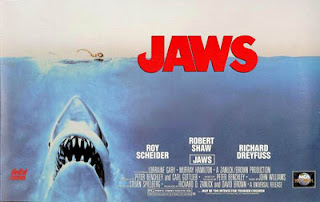 Last week saw the release of quite possibly my favourite Steven Spielberg movie, Jaws. Hopes were very high that this release would get the treatment it deserved and boy did it ever!  This is the best Jaws has and probably ever will ever look  The transfer is mind blowing in how much it adds to the movie going experience and the soundtrack make-over is just as good as the picture! 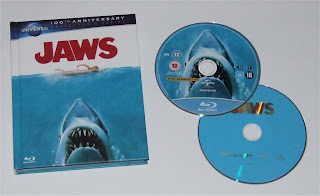 The release in Australia is a wonderful digibook with some interesting pictures and info included in the book. Here is a preview of a few pages: 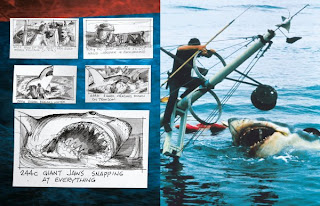 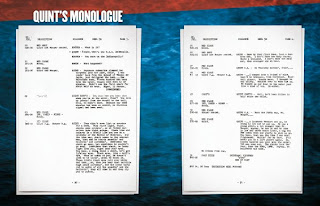 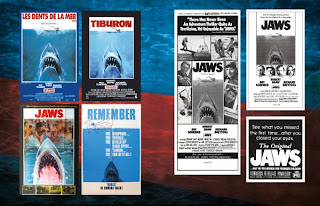 Of course Jaws has been released to home video in many variations over the course of the years.... I personally have owned at least 4 copies on VHS, the Signature Collection Laserdisc and 3 separate DVD releases.  I also have the UK steelbook blu-ray on order so that will make 2 blu-ray copies as well! As well as owning the actual film, I have on occasion spent up on Jaws Memorabilia... some of which I will share below for you!

Signature Collection Front & Back (Above) 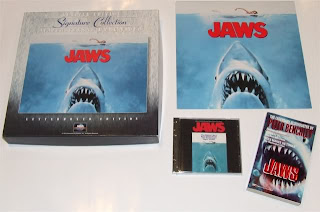 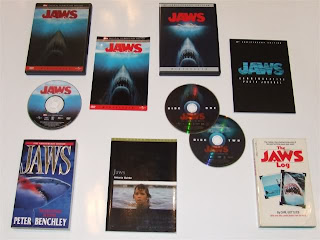 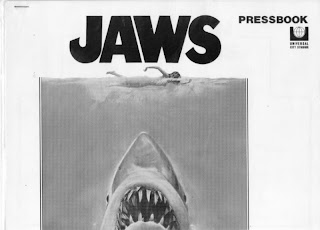 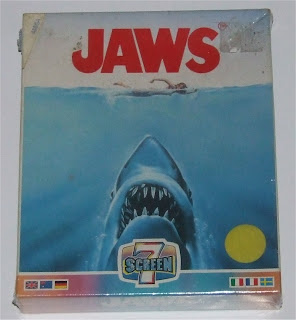 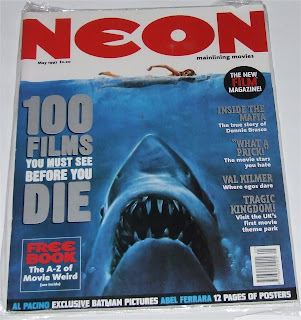 
And what Jaws collection would be complete without an all-singing all-dancing shark on a mount! 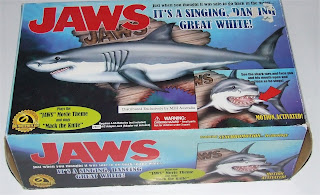 
I was going to upload a video of the above, but if you search Youtube for singing Jaws you will find one easily enough! (Of course!)