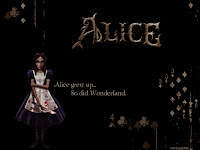 I am not a huge video game fan, I am very picky about the games I choose to play. I either want full autonomous control (Grand Theft Auto, or more recently Red Dead Redemption), or a story I can sink my teeth into (Heavy Rain, Fahrenheit). American McGee's Alice falls into the latter, taking the much-loved Lewis Carroll character and placing her in a decidedly darker Wonderland. It is one of the few games I have played multiple times and each time I enjoy it just as much as the first time I lay eyes on it! I even sought out one of the original releases with the big hefty box! 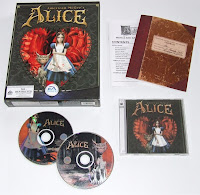 Speculation of a film version has been rife for many a year, with talks about it being CG, then live action, then nothing for years. Well, finally after nearly 10 years we are set to return to Wonderland, at least in the form of a sequel to the game, but this time on more than just the PC platform. Here is the teaser released a month or so ago: