Whilst using Facebook last night, one of my friends 'liked' the following image: 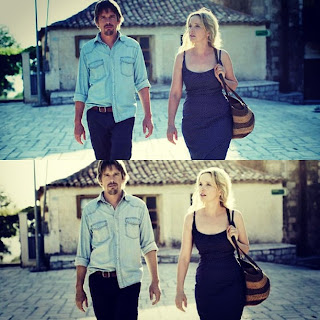 It had this comment attached: "Silly, superficial world; please tell us why phony is more beautiful & why the dude is fine 'as is' no matter what size or age? Thanks!"

I initially took at face value that the bottom image represented a promotional shot for the film that had been Photoshopped, and that the image above it was a screen capture from the film. Well for starters, the shot is a promotional shot specifically for the purposes of advertising the film, not a shot from the actual film itself.  (The scene, as it takes place in the film, has the two characters on opposite sides of each other and the image below is not mirrored.)  I then had a look at the official press release photos from Getty Images (also confirmed at Movie Stills) and the following is the official press release photo as distributed by the studio: 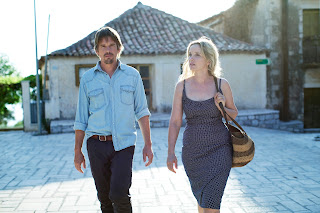 As you can see, it has not been altered in the same way is the image at the top.  A little digging around on-line seems to reveal The Hollywood Reporter as the first organization to use the bottom image in reference to the films screening at Cannes this year.  Whether they created it or not remains to be seen, but it does show up on a number of festival websites including a number here in Australia.

I cannot understand why anyone would see the need to edit this photo in the way that they have?! What possible purpose does it serve?  I would love to find out who did this, why and for whom!

Body Image is a major issue among women, especially younger women and this kind of blatant manipulation is frankly horrific to me.  If I were Julie Delpy I would be mortified and insulted beyond comprehension. Sadly, this issue is not new, and this case above reminded me of one a number of years ago involving Saffron Burrows and her film Deep Blue Sea. Here is a clip of her explaining quite candidly some of the issues she had during and after filming:

The clip above is taken from the brilliant series Dinner for Five hosted by Jon Faverau. I highly recommend checking it out on YouTube if you get a chance!  Below you can see the issues she raised with the poster art for Deep Blue Sea and beside that an actual image of her in costume from the film for comparison: 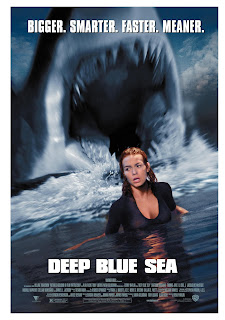 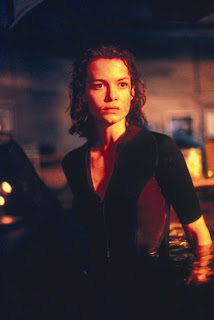 It is just sad and insulting.  We are breeding a culture of women who feel ashamed about their bodies and a culture of men with completely unrealistic expectations of the female form and it has to stop.  Those who perpetuate this kind of obscene manipulation should be named and shamed!


You can find more information about Body Image issues and concerns at the Australian Governments Body Image page.

Posted by Anamnesis at 9:42 AM