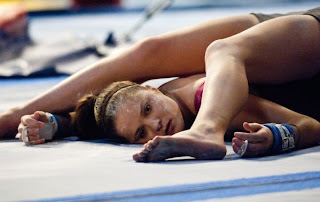 Here we have the latest installment of the dead teenager horror franchise that is Final Destination 5, this time the vision of death falls on the shoulders of Sam Lawton who saves 8 of his co-workers from a horrific bridge accident that would have taken most of them off of this mortal coil in ways only a Final Destination movie could come up with and in 3D to boot.

We of course bear witness to his vision and the horrific aftermath; followed by the FBI investigation (which somehow tries to accuse Sam of being responsible for the bridge collapse) and watch as our 8 survivors slowly realize they are being bumped off one by one in order of how they would have died on the bridge. (So nothing really new here)

It is obvious from the get go that Steven Quale and screenwriter Eric Heisserer are fans of the past Final Destination films and this film certainly looks and feels more like the first three than the appalling fourth. It has a number of the same elements from the other films, such as the character names based on horror directors and the overall premise, but it does change the rules ever so slightly with the help of the recurring coroner William Bloodworth played by Tony Todd. The change is an interesting plot twist not really explored by the other films, although the reasons for this become apparent as the film progresses.

There are a few genuine surprises from Final Destination 5 and some great moments of tension building prior to the overly elaborate obligatory death sequences, but let us be honest, it is the death sequences everyone goes to these films for anyway and the inclusion of a story, even if it is mostly rudimentary is just a formality.


Side note: I am not a fan of the 3D fad Hollywood is going through at the moment, but I have to give credit to FD5 for using 3D as a gimmick as that is exactly what it is and how it should be utilized in my book.
Posted by Anamnesis at 9:06 AM