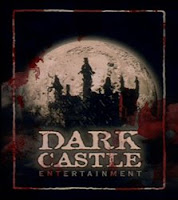 When out at the cinema the other day to see Drag Me to Hell, the trailer for this little gem appeared.

I have a love hate relationship with Dark Castle movies, not a single one of them has managed to entertain me for its entirety and yet I love (and I mean LOVE) aspects of nearly all of them. House on Haunted Hill has some great moments and gets points for being the most entertaining, it is only let down by an appalling final 10 minutes. Ghost Ship gets off to a great start with one of the most interesting opening sequences for a horror movie in ages, but again is let down by a sagging middle an incoherent story and a rubbish ending. Gothika was an interesting idea flawed only by its application. I am not sure what The Reaping was an attempt at, but again with the evil child syndrome and the less said about 13 Ghosts the better, but it did still have some original ideas. Which brings us to.... 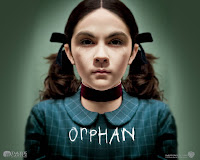 Well, this looks like it could be the best film they have done. I note that the reviews on-line from the U.S have been mixed, but I quite like the idea of evil children, and it works so well when done properly.... this one looks great! What do you think?

Posted by Anamnesis at 9:08 AM