Well it would seem I have fallen off the wagon again and neglected my poor old blog. I can't even use the excuse that I haven't been watching anything, because frankly, I have been watching a lot more than usual.

I went to see The Hangover the other night, and I must say that it got immediately added to my "guilty pleasure" list. That is, movies that I enjoy, but wouldn't own. I am not at all impressed that a sequel is already being talked about though. Yes, the film was good and I don't doubt it is making lots of money, but a sequel? This was a one time deal honestly. 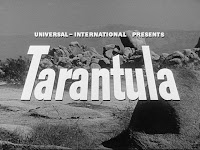 I have been catching up on a few B movies both past (Tarantula) and present (Ogre) as well as some new releases. For some reason the mood to write has abandoned me, I am still half way through my review of The Square and I started that nearly a fortnight ago.....sad.... 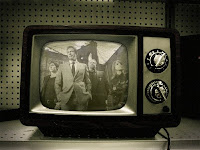 The magic light box (TV) has also been keeping me occupied with Penn & Teller's Bullshit, Harper's Island (final tonight!), the first two episodes or Warehouse 13, Psychoville and Top Gear, yet I have missed 2 weeks of my so-called-Weekly TV roundup.

Anyone have some hints or thoughts on how to get my writing mojo back?
Posted by Anamnesis at 3:39 PM