So I picked up the Jurassic Park trilogy Blu-ray a week or so ago, have only gotten around to watching The Lost World, but it looked fairly decent and had an awesome soundtrack.  It came in a nice Digipack too so I thought I would share a few photos: 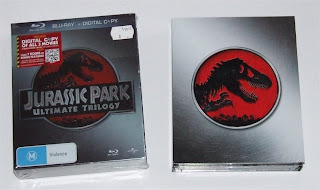 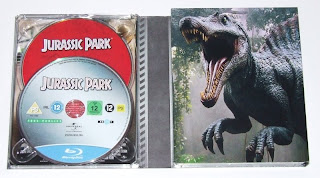 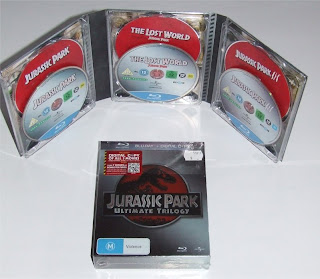 I also recently opened my Limited Edition DVD set, so I will share a few of those pics below too: 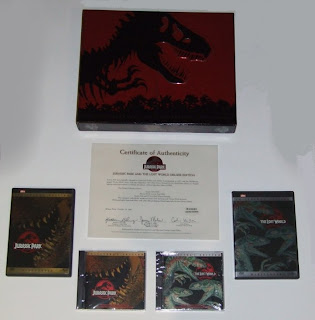 As above, the set features Jurassic Park and The Lost World on DVD, (I replaced the normal special edition DVD's with the DTS Releases), the soundtrack to both films on CD and a certificate of authenticity.

Below you can see the two film frames and the pouch that holds some art cards (I didn't open these as I have enough art cards for JP as you can see from the images below that...) 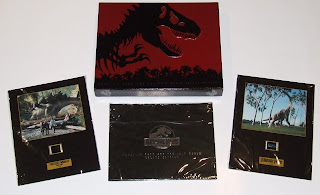 Art Cards and Lobby Cards for Jurassic Park and The Lost World. 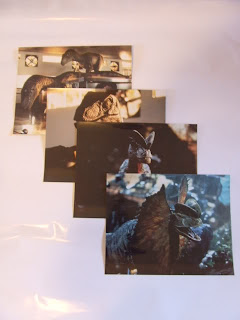 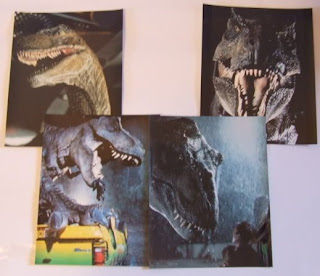 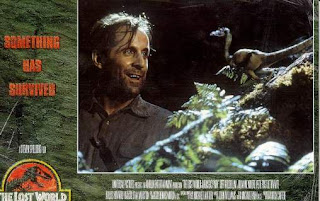