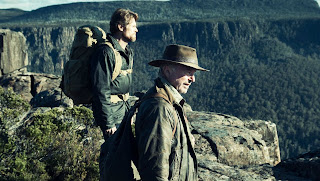 Willem Dafoe plays Martin, a secretive hunter-for-hire who has been commissioned for a quest that will take him from Paris, to the far reaches of Tasmania, where a leading bio-tech company has it on good authority that a Tasmanian tiger has been spotted recently. He is being sent to track down the animal and collect samples, dead or alive so that they may have exclusive access to it. (For what purpose is never addressed).

He arrives under the guise of zoological research, but is almost immediately mistaken for a “greenie”, a mistake that will see him run into a number of confrontations.  To make matters worse, the living quarters arranged for him are not at all what he expected, having to share a house with 2 children and a mother who is fighting a prescription drug battle over the loss of her husband some time prior. 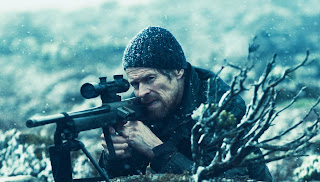 The family are watched over by a some-what obsessive neighbor, played by Sam Neill, whose motives are unclear, and who seems to have a hidden agenda relating to Martin’s job. Nonetheless he takes Martin into the wilderness before leaving him to get on with his work.  Martin is clearly a man of method and sets about laying various elaborate traps in the hopes of capturing a Tasmanian Tiger.  As the hunt progresses it seems clear to Martin that the animal is probably extinct, that is until the youngest child hands him a picture of a Tasmanian tiger with a recognizable landmark as its backdrop. 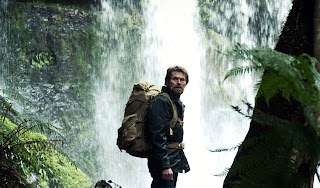 The film is directed by Daniel Nettheim and adapted from the novel by Julia Leigh, whose directorial feature film debut Sleeping Beauty divided audiences at this years Cannes Film Festival. Both films share a number of similarities, including a lack of definition in their characters and the motives for their actions leaving both films ambiguous. However the very melodic and unsettling way in which The Hunter unfolds leads me to believe that this may in fact be intentional. 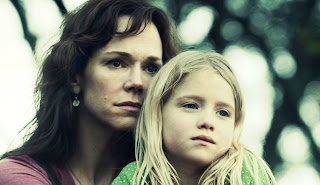 Shot in cinema-scope by Robert Humphreys., The Hunter shows off some of Tasmania’s most magnificent scenery and does great justice to our wonderful natural beauty on screen. The score is sweeping and melodic with a constant sense of unease that keeps you slightly on edge for most of the films duration. All of the cast put in impressive performances, however most are stood up by Morgana Davies whose performance here solidifies her as an actress to keep your eyes on.  Frances O'Connor and Sam Neill both fit their roles with veritable ease and of course Willem Dafoe presents most of his acting through mere expression and body language.

Whilst The Hunter is probably not going to appeal to the majority of movie goers out there, those that do seek it out will be treated to one of the years more poignant features.

Posted by Anamnesis at 4:31 PM