Episode 94 - The Masters of Horror / Fear Itself 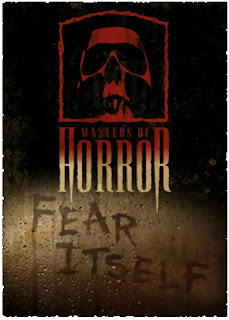 In this week's show we discuss the awesome Masters of Horror series created by Mick Garris and bringing together some of the biggest horror directors in history featuring the likes of John Carpenter, Joe Dante, Dario Argento Takeshi Miike and many many more! As a bonus we also discuss the short lived Fear Itself series also created by Mick Garris and featuring a number of well known directors.

We had challenges for each series of the Masters of Horror and Fear Itself:

Take a listen to the episode below and enjoy!

Podcast Powered By Podbean
You can find, listen or download all of our past episodes over at B Grade Movies Online! You can also hear us live on 99.3FM in Hobart or streaming live at Edge Radio at 10pm AEST every Sunday evening!