Hello All, here are some of the latest additions to the blu-ray collection:

First up we have the UK steelbook of Jaws; this is to compliment my Jaws collection the likes of which can be seen here. 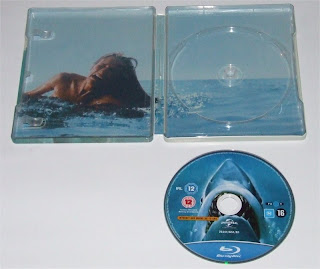 Next up we have the Play.com exclusive steelbooks for Watchmen and Collateral (Watchman is a double dip as I own the JBHIFI exclusive Director's Cut, but I couldn't resist this awesome steel!) 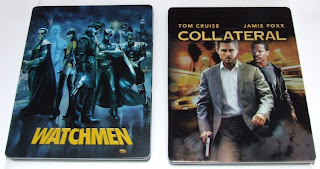 Next we have a new range of awesome art slip covers that are exclusive to JB HIFI here in Australia, I have only picked up 5 so far, but I will eventually get the whole set, tis just a matter of time.  These have been really popular with folks overseas as I have helped a number of forum members grab complete sets of these!  They are really nice.  The disc and case are identical to the previous releases which is a bit of a shame (and meant I had to double dip on 2 titles), but the artwork is totally worth it! Titles pictured are: Let Me In, Death at a Funeral, Tucker & Dale VS Evil, Requiem for a Dream and Amelie. 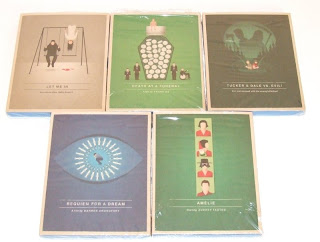 and last, but by no means least, I picked up a couple of "standard" releases.  On Her Majesty's Secret Service and Monty Python and the Holy Grail (Both DVD Upgrades!) 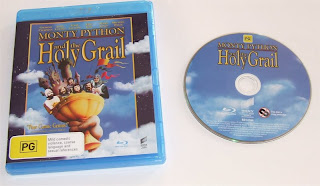 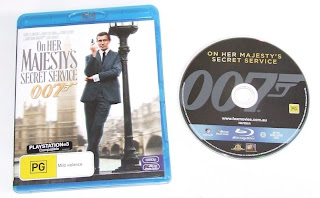 Anyway folks, there will be an update probably next week as I fly out to Sydney tomorrow to see Skyfall in Imax, I also picked up the Hitchcock boxset (watched Rear Window yesterday, which was fantastic) and have the new Game of Thrones limited edition on the way (not to mention an obscene amount of Criterion editions with thanks to the 50% off Barnes & Noble sale!)

So until then - Happy movie watching!
Posted by Anamnesis at 9:11 AM