September is upon us and what a massive month for Blu-ray August was!  Of course September shows no sign of slowing down with the releases of Indiana Jones and Titanic this week alone! With that said though, here are a few releases I have picked up over the last few weeks:

First up we have the Lethal Weapon series. This release was only $20, although I am a bit miffed that it was advertised incorrectly. (The discs for 1 & 2 are the previous release, not the newly remastered versions) 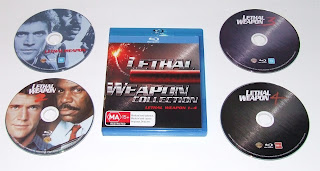 Next up we have a few imports... From Criterion we have Fanny & Alexander, Shock Corridor and Kiss Me Deadly. From Fox I did end up getting Margaret, but this release pisses me off immensely as it is a DVD/Blu-ray combo that includes the Theatrical and Extended Cut, however the latter is only on DVD. I mean seriously, an over 3 hour version compressed to within an inch of its life on DVD whilst a perfectly good Blu-ray sits in the same set.  Why is it that Sony can fit three versions of Close Encounters of the Third Kind on one disc (using seamless branching), yet we can't get the extended version of Margaret in HD.  Moving on, I was also happy to finally pick up the steelbook edition of Metropolis, but I will be doing a special post on steelbooks next week so more on that one later ;) 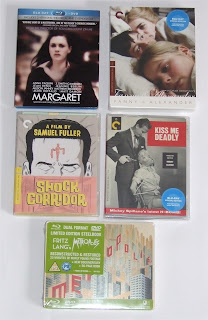 After a few weeks delay after a replication error, the Aussie horror flick The Tunnel has finally made its high definition disc debut and what a doozy.  It is worth it for the DTS-HD Master Audio track alone!!  Turn off the lights, crank up the sound and make sure you have a clean pair of underwear handy! 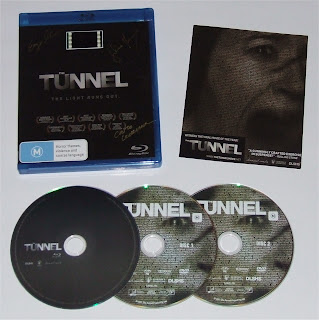 And last, but by no means least I grabbed Lollipop Chainsaw and whilst it was fun, the game play only lasted around 4-5 hours and there was a lot of key thrashing frustration, still a cool concept and the only game I have actually seen through to the end since Red Dead Redemption! 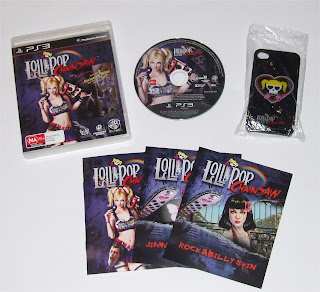 Well as I stated above, I am working on a post regarding steelbooks so whilst I did buy The Avengers and The Hunger Games (because I know you were all wondering), I will save my pics until that post as I did manage to pick up both Futureship CA steelbook editions! So until next week, happy watching!
Posted by Anamnesis at 11:25 AM