And Again with the Goodies!

And another Blu-ray update this month! Seems to be all my blog does these days!

First cab off the rank is the awesome Japanese film Confessions from film-maker Tetsuya Nakashima (Kamikaze Girls).  This is the UK release that includes a DVD copy and a Japanese DTS-HD audio track, sadly though it lacks in any extras.

Next up is another Criterion and from one of my favourite director's no less. Claude Chabrol's Les Cousins is one of the pioneering films of the French New Wave movement and a welcome addition to the collection.

Heading to France now and I have finally picked up the Studio Canal release of Mulholland Drive, I always intended to get this from the UK, but Amazon has been out of stock for awhile now and the disc is identical (and cheaper) in France so I picked it up as I needed something else in the box with my next purchase..... 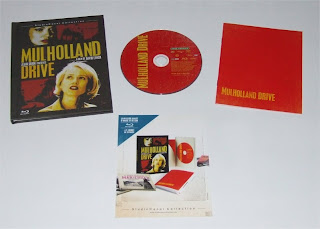 I think Silent Hill is possibly one of the most under-rated video game to movie adaptations and this release is awesome.  It features some great behind the scenes material including a full length documentary from concept to final product.  Even better is the fact that this disc is almost completely English friendly with only a few extras lacking English subs!  The transfer of the film is also approved by Christophe Gans himself and it does look and sound very pretty! 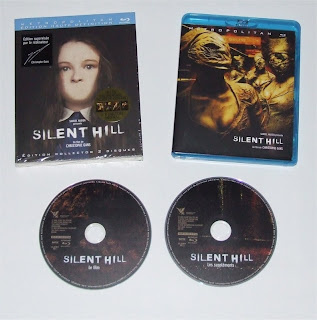