Whilst my reasons for going Blu-ray region free last month should seem obvious, one of the main factors for me was the ability to play Criterion Collection discs. Interestingly, I never really got into Criterion DVD's, in fact I have only ever owned 4 over the course of my collecting - Rushmore, Fear & Loathing in Las Vegas, Spirit of the Beehive and The Rock. I am now down to 1 (Spirit of the Beehive).  Blu-ray is a different kettle of fish though and I have been more than happy to increase my buying in order to diversify my collection and blind buy titles that I have never seen as the experience on Blu-ray is about the best you could ever get for some of these films!!  Anyhow, without further ado, here is my current Criterion Collection haul:

From master film-maker Fritz Lang we have M (1931), I was torn between this version or the beautiful German 2 disc version from Universum, but in the end went for Criterion simply because it was easier and cheaper for me to obtain.

Next up we have Belle De Jour (1967), I managed to resist the Studio Canal Digibook edition that was released here in Australia, but have decided to grab the Criterion edition as I got it for a bargain price (and couldn't resist hi-def Catherine Deneuve!)  I also picked up Charade (1963) which was previously only available as a special feature on the horrible remake here in Australia - so I am really looking forward to re-watching this classic on Blu-ray! 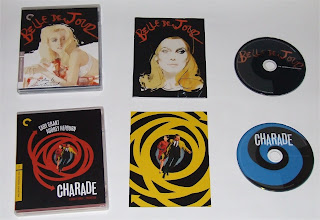 Then we have two Blu-ray upgrades from my previous DVD collection.  Fear And Loathing In Las Vegas (1998) and Rushmore (1998) 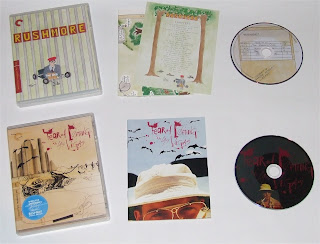 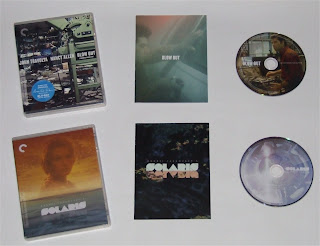 Stepping back in time again we have Robert Mitchum's most powerful performance and sadly actor Charles Laughton's only directorial credit in the form of 1955's Night of the Hunter. This release comes with 2 discs housed in a wonderful digipack case. 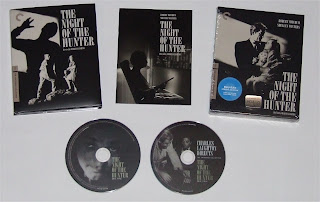 Much like the release above, Akira Kurasawa's epic Seven Samurai (1954) is also given the 2 disc treatment and is housed in a similar digipack case 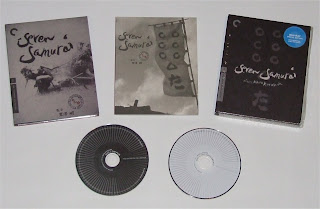 Some incredible cinema right there and I am very proud to have such wonderful additions to my collection... Of course there are plenty more on the way and Criterion do such a fantastic job that I am more than happy to part with my hard earned money for these fantastic editions of some of cinemas greatest achievements!
Posted by Anamnesis at 10:11 AM