Here are a few of the things I have watched recently...

I am not really sure what it was about this film that I didn't like. Bill Nighy is perfectly cast as the aging hit man with no one to take over his family legacy, Emily Blunt is annoying and Rupert Grint basically seems to have wandered in off the street and hung around. Of course, that is the air that their characters are meant to give out, but it just doesn't really work. I realized after watching that this was in fact a remake, whilst I already didn't like this film, it did make me wonder what the original is like (and when it arrives I shall let you know ;) ) 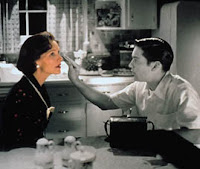 Pleasantville is an amazing film, one that took me totally by surprise when I watched in many years ago. This was possibly my fifth or sixth viewing of the film and it still holds up extremely well. I always think that this film should be used in schools to visually demonstrate racism in an original and hopefully enlightening way. I would love to see this get the HD treatment as its use of black and white and then slow transition to colour would be quite a thing to behold! 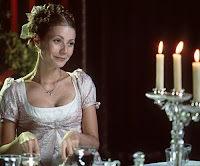 Not sure that I am the target audience for this type of film, but I am always open to watching most genres. Whilst I did not dislike Emma, I was left with a slightly bitter after taste.

The Remains of the Day (1993)
Directed By James Ivory

My second period film of the week and I must say I enjoyed this more than I did Emma, it reminded me in some ways of Gosford Park, only a little more serious. It has stellar performances by Anthony Hopkins and Emma Thompson and is a magnificent film to look at.

I scored a sneak peak at the new film Monsters, but I shall be giving that a full write up in the next few days ;)
Posted by Anamnesis at 11:01 AM