Mr. Nobody is a film that has taken Belgian director Jaco Van Dormael just over six years to be realized on screen. It reminds me in some ways of Tarsem's The Fall (which also took numerous years to fruition). It is a story told across numerous time periods and in various realities of those with amazing visuals and incredible depth and insight. I had not seen any promotional material, nor read any reviews about the film prior to my watching of it. Whilst I do believe this may have helped in my appreciation of the film, a little synopsis wouldn't kill you....

Nemo Nobody (Jared Leto) is the oldest mortal human alive, the year is 2092 and he is living his final days in a hospital bed, with the entire world watching. Little is known about his past, so a reporter has used his connections to sneek into his room in the hopes of finding out more about the life of this intriguing character. What he gets, is more than he bargained for.

The film is beautiful to look at, with some of the best cinematography I have seen in recent years. The sets and production design are also to be marveled. Mr. Nobody marks the first English speaking film from Dormael, whose last film The Eighth Day was made in 1996. It has an amazing and perfectly matched cast featuring Jared Leto, Sarah Polley, Diane Kruger, Juno Temple and Toby Regbo. The acting from all involved is superb and completely engrossing.

The film has a unique structure with the main story arc being that of the elderly Nemo, who is recounting various moments of his life, however, different time periods and alternate realities exist of each moment and it becomes unclear if he himself knows which is the true account. The film may seem a little disjointed, and those members of the audience looking for linear storytelling may find it a little alienating. 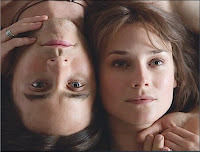 With all of that said, I thoroughly enjoyed the journey the film took me on and would highly recommend seeking a copy out, especially if you are interested in the "hows and whys" of life. Mr. Nobody is as much an experience as a form of entertainment!


Side Note: A new extended Director's Cut has since been released... I have a short spiel here about it
Posted by Anamnesis at 12:24 PM