Okay so I have decided to step things up a notch…rather than the one post, one track a day, I shall attempt themes with multiple tracks….

There are very few TV series that I really love, in fact I can count them all using my fingers (not including thumbs), if you thought movie soundtracks were hard to come by, try finding the score music from you favorite TV show!! Granted with the advent of sites and programs like i Tunes, it is getting easier, but there are still those elusive promo releases and composer "tune reels" that may help to source the music you like. Here is a selection of tracks from some of my favorites (Please note that the versions here, to the best of my knowledge, are not commercially available, or if they are, these are variations of those.): 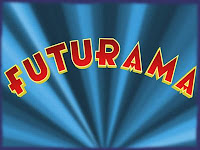 American Gothic gets me to my next issue with soundtrack releases. Joseph LoDuca composed the amazing music used in the series, the fact that there is even a bootleg release is quite impressive, but some of Joseph's more well known scores do get commercial releases. One such score is The Brotherhood of the Wolf. A fantastic French film based on the “true story” of the Beast of Gevaudan. I loved the movie and I loved the music, so much so I purchased quite a number of DVD releases and the soundtrack CD. Now what most people don’t seem to realize about commercial soundtrack releases, is that much of the music on it, is not the same as the cues used in the film. It is “remixed”, "edited" or “re scored” in order to make the tracks more “consumer” friendly. Brotherhood of the Wolf is a great example of this. The last cue used in the movie is titled Epilogue. The track does appear on the CD, but it is not the same version as that which appears in the film.

So today, I present you with the original Epilogue as featured at the end of the film.

Posted by Anamnesis at 1:00 AM