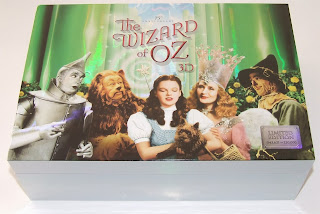 Well I have double dipped on The Wizard of Oz! I always regretted not purchasing the initial limited edition box that came out, settling instead on the local limited edition release, but now of course I am glad I held off as I really do like this edition. It will compliment my other version quite nicely :D

Anyhow, this set features the newly created 3D version of the film (not that I have any interest in that what-so-ever) on Blu-ray as well as a normal 2D version and extra features presented on two more Blu-ray's, a standard DVD version with extras and a double sided disc featuring the MGM documentary "When the Lion Roars". Other "extras" include a 52 page hard cover photo book, a journal, a map of Oz, a Nobel Collection pin set, a light up ruby slipper snow globe and my personal favourite (and exclusive to the Amazon version) a USB flash drive in the shape of the Wicked Witches legs! :D 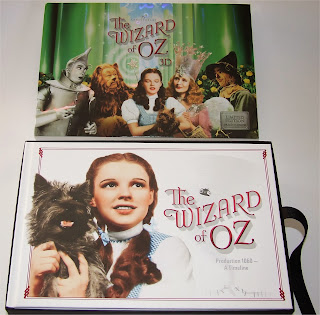 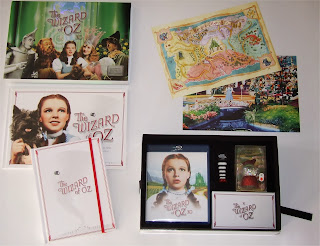 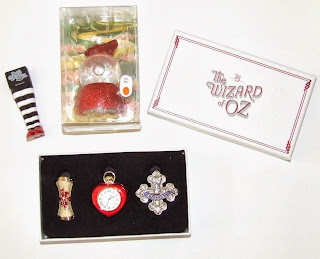 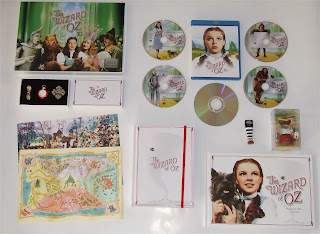 Posted by Anamnesis at 9:47 AM

If you can it is well worth checking out the 3d on this release, it is quite stunning.

I have in fact just become 3D capable in the last week, so I will be interested to see how they have done it! I'll let you know how I get on! ;)