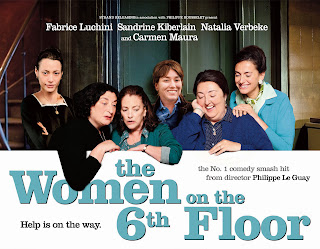 Jean-Louis Joubert is an affluent stockbroker who owns a luxurious building in Paris that is seemingly only inhabited by his ex-country girl wife, their 2 obnoxious children (who are mostly away at boarding school) and a number of Spanish maids who live up on the 6th floor.  Jean-Louis leads a very scheduled and some may say boring life that is thrown into a slight disarray when his maid of 25 years decides she has had enough and leaves his employ. This leaves space for Maria, the newly arrived niece of one of the upstairs lodgers to fill the position. Maria is a breath of fresh air for Jean-Louis and it is through her that he will discover a whole new world that has been under (or in this case above) his nose the whole time. 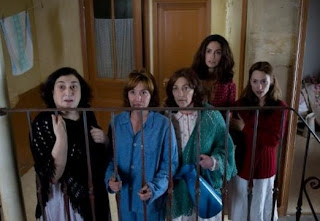 The Women On The 6th Floor is a light comedy that had the potential to be more of a commentary on the 1960's exploited immigrant work force that was the result of the oppressive Franco regime of the time, yet it glosses over these issues with veritable ease, opting instead to be a simplistic representation of the dynamic character, rolled up in a crowd pleasing way.  Whilst it is entertaining enough whilst you are watching it, a little after thought will leave you dry.