A week or so ago my Limited Edition of Battle Royale arrived. It took a month to get to me due to various weather related drama in the UK, but as the saying goes... good things come to those who wait: 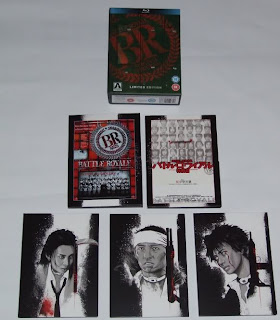 The set features all manner of goodies starting with both the theatrical and director's cut of the movie (each cut getting its own Blu-ray). I sat down to watch the theatrical version the other night and I was not disappointed. Arrow have done a fantastic job with this release. I previously owned the 2 Disc Tartan Asia Extreme edition and whilst it wasn't the worst version out there, it certainly left a lot to be desired. The presentation here is still not perfect, but it is certainly the best this film has ever looked on home video! 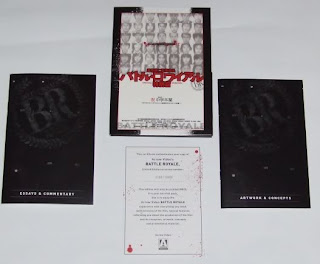 The set also includes a DVD featuring the bulk of the extra features that were present on previous releases. I have heard some people complaining about the lack of the sequel being included in this set, but I am glad it is not. This film deserves to stand on its own and (aside from the price hike that would have resulted) the sequel would only have dragged it down a notch. 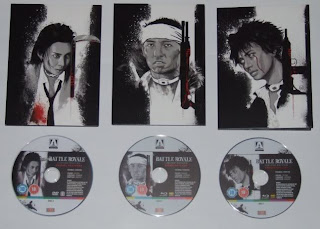 As you can see Arrow have included all manner of goodies in the box, these include: 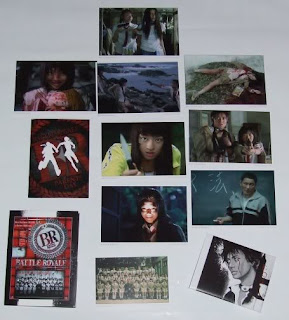 I am very pleased with this addition to my collection. I had forgotten how much I truly enjoy this film and this edition is by far the best one to get!
Posted by Anamnesis at 10:00 AM

Wow, now I´m jealous. Have fun with this...
Nice blog and reviews, all the best and pay me a visit at the blog I´m writing for-
http://blog.movielocker.com/
Cheers,
Sebastian